If you are iPhone user then you noticed that it was almost impossible to break its protection. Not many iPhones can be unlocked today. There are a lot of professionals and just enthusiast that try to unlock baseband but in the same time it is very hard to do. This article describes one method of permanent unlock, like NCK key cracking method involved in baseband memory dumping and decrypting. Otherwise you can use this info for your personal iPhone baseband reversing. I just found this info and thought to myself that it would be great if somebody else read it too. May be you are a strong dude in this and it will help you to develop something that can unlock iPhone permanently. NOR seczone: This is a protected area of baseband's NOR memory that includes encrypted data. The phone's lock state depends on that information. This area is commonly called the "NVRAM" by mistake. The referring to "NVRAM" as the part of iPhone's baseband is totally incorrect. The iPhone baseband doesn't have any NVRAM, and everything (lockstate, IMEI, NCK) is stored in encrypted state in the NOR memory at the range between: 0xA03FA000 - 0xA03FC000 This script for dumping NOR is written on Python, so it would be very easy to use for anybody with basic tech knowledges. It was tested on iPhone 2g and should be successfully executed on iPhone 3G and 3GS. Newer versions of iPhone have totally different baseband structure so NOR dump and decryption won't work here, that's what we think. But please mention that our community doesn't claim to be unlocking pros so if you feel to have enough experience to continue exploring this way of unlocking - please go on. You'll find all the info we have by now in this article and by following links below. This implementation was written by Dogbert, the shadow hacker who stands behind many iPhone unlock researches from the begining of unlock era back in 2007. Look what does he explain about permanent unlock solution and how this script can be used to decrypt NOR dump file. 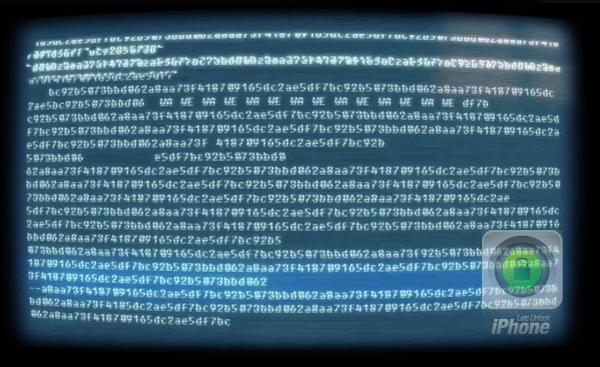 A way to permanently unlock the iPhone baseband has yet to be found for models other than the first iPhone 2G. In a nutshell, the protection works like this: So to get all the needed information we have to dump the baseband memory. There is only one public baseband dumper by Dev Team members that can be used only for iPhone 2g baseband, but if you are keen on programming it would be easy to re-implement the working solution. As mentioned MuscleNerd itself there's nothing difficult about porting this method to iPhone 3G or 3GS.

How to decrypt iPhone NOR dump to use NCK unlock method:

Open terminal and execute the following You can also visit our GitHub source for more scripts.

How to run the script for dummies

Open terminal and navigate to the folder with downloaded script. Then make baseband-crypt.py file executable by typing in terminal: Now lets modify the file settings to work with out baseband dump file. Navigate to the last lines and change to point to your seczone dump file. When done press CTRL + X, then press Y. Now you are ready to run the script, type If everything goes well you should see the image like one showed below with your unique baseband CHIP ID, NOR ID, IMEI Signature. But using this command isn't comfornable because of the dump file size as it will dump all info to the terminal. It's very uncomfortable to browse through the kilometers of code searching for needed numbers. I am alternatively using simple command in Linux to save all info by script to the text file. To save it just type It will save all the decrypted info from terminal into the text file called your_name.txt Here is my decrypted dump. So we have here decrypted: Device norID, chip ID, deviceKey is used in NCK unlock method. IMEI entries can be used to reverse Apple Wildcard Ticket activation process. I personally find this script  to be very helpful for all iPhone baseband researchers. Bellow is the short video of decrypting my baseband.
Blog