I think that right after release of iOS 5 raised the question when we would see untethered jailbreak for Apple devices. I know that it is not relevant today after launch of Absinthe jailbreak which is untethered but there are still many others questions regarding iOS 5 and its jailbreaking solution. 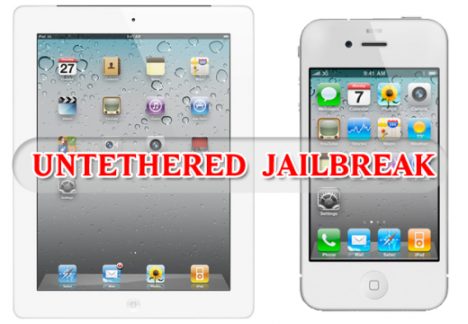 Before we start talking about the iOS 5 untethered Jailbreak, however, we are going to clear up some other frequently asked questions.

Can you Jailbreak the official iOS 5 firmware?

Yes. You can Jailbreak the official iOS 5 firmware with the RedSn0w Jailbreaking tool (compatible with Mac OS X and Windows) as well as the Sn0wBreeze Jailbreaking tool (compatible with Windows). At this time, however, when you Jailbreak your iPhone, iPod Touch or iPad running the official iOS 5 firmware it is a tethered Jailbreak. Meaning that every time you loose power to your iPhone, iPod Touch or iPad you will need to plug your iDevice back into your computer and re-boot using RedSn0w/iBooty. If you would like to Jailbreak the iOS 4.3.5 firmware tethered you can click here.

Why Jailbreak the official iOS 5 firmware?

As the iOS 5 firmware contains over 200 new features for the iPhone, iPod Touch and iPad, a lot of people are wondering is it still worth it to Jailbreak the iOS 5 firmware. My answer to this question is without a doubt – Yes. The iOS 5 firmware comes a ton of new functionality that really improves your iDevice; Because there is so much new functionality it gives developers even more ideas on how to tweak the iPhone, iPod Touch and iPad for the better. Take Notification Center tweaks for example. The stock iOS 5 notification center is great but it becomes ten times better when you have the ability to install 3rd party tweaks. And even though the iOS 5 firmware is a great improvement in the iOS operating system it is still lacking functionality that tweaks such as SB-Settings provides.

Can you Jailbreak iOS 5 Untethered?

When will iOS 5 Untethered Jailbreak be released?