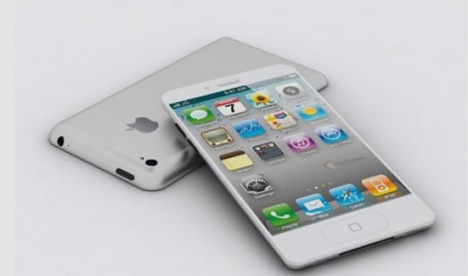 So What will iPhone 5 features be?

As for iPhone 5 with 4.6-inch display, I can say that Apple began to give orders to its suppliers to make 4.6-inch display. You might hear about 4-inch display in iPhone 5 but it is not true because Apple decided to produce iPhone 5 with 4.6-inch display. However Samsung and LG said nothing about this rumor. Two big screen-makers for Apple iPad and iPhone say no word. Retina display on bigger screens is very wanted feature and it was proven by new iPad 3. Over 3 million of new iPad were sold after release date. And it is a big success. Samsung Galaxy Nexus features 4.65-inch screen and you can see below the difference between Samsung gadget and iPhone 4S. After release of iPhone 4S last October, all Apple lovers are waiting for iPhone 5 with bigger display: Also it is no secret that iPhone 5 will be 4G LTE. New iPad is showing big success and its 4G LTE network is available for both AT&T and Verizon but only in USA because these companies have their own LTE network. As for other iPhone 5 features I can also say about new updated Siri which would have more possibilities then today’s one.

The release date of iPhone 5 can be not earlier then summer. And maybe it will be in the middle of the autumn; like it was with iPhone 4S. I think so because it needs time to create quad-core A6 processor for iPhone 5. I think that it all can be true because it is real. iPhone 5 with 4.6-inch display and 4G LTE is more than real. And don’t forget about quad-core A6 processor in iPhone 5.
Blog