Just a few hours after our post about MucleNerd's message to hurry up with SAM unlock before it's too late, messages about SAM unlock is not working anymore started to appear. Probably Apple began to close the unlocking possibility by updating their activation servers security. 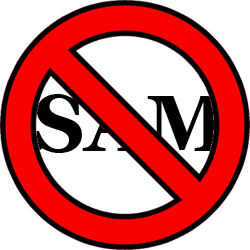 That's really bad news for those who are a bit too late with free SAM unlock but in general there's nothing extraordinary about this issue as that's the way Apple works. As soon as new software unlocking method appears, Cupertino company puts a lot of effort to stop it. Usually that's only software+bb update but when we talk about millions of devices to be unlocked in the near future even server's hardware replacement is possible. A nice example of such measures is a chip replacement on 3GS iPhone so it can't take 6.15.00 bb. In the previous article we posted MucleNerd's original tweet about his fears considering Apple's reaction possibility. Here's the tweet:

Looks like Apple’s currently fixing their activation servers. But the good news is that previous tickets gotten via SAM trick still work.

Now, if you're trying to activate your iPhone with a new SIM card without saved activation ticket, you will most probably get this message (as seen on beijingiphonerepair.com): 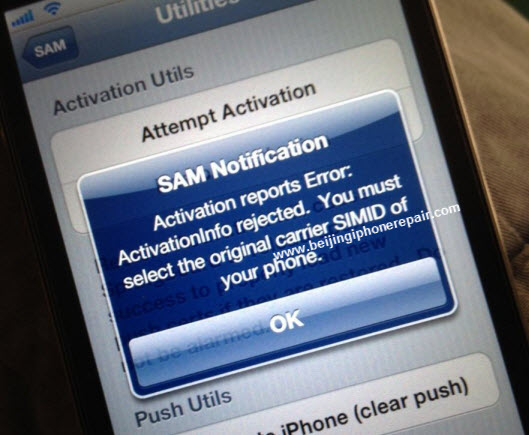 Activation Info rejected. You must select original carrier SIMID of your phone

The new tweets about not working SAM keep coming and MuscleNerd asks not to lose hope and try to unlock new SIMs:

for the next few hours, trying SAM on new SIMs will probably be hit or miss, but eventually it will be all "miss"

People continue to report that the SAM unlock isn't working you can still try to unlock your card until it's too late. In case if you succeed save your ticket with redsn0w 0.9.10b8 as soon as you can. That will keep your unlock safe in case if Apple closes this unlock for good. If you gave up trying to unlock with SAM, try hardware solutions as Gevey or R-SIM 4 to unlock your device permanently.
Blog