During the last couple of weeks there’s a lot of talk in the internet about the iPhone 4 unlock baseband 4.11.08. Hamzah Akram stated that he would release a free unlock for Baseband 4.11.08, but now lots of people say that it’s fake! So you should know an interesting fact before unlocking your iPhone. Hundreds of people believed that Hamzah Akram would be able to make it. His blog became the center of attention by lots of iPhone 4 users who're stuck on baseband 4.11.08. But, most people turned skeptics after his effort was criticized; as well as MuscleNerd who described him as ‘fake’ on Twitter. 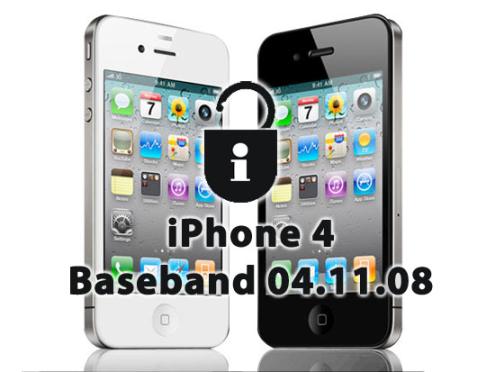 Hamzah Akram, an unknown hacker, has been working on the React0r unlock for iPhone 4 since October and in just a couple days, a development was received. In a test with his iPhone 4 running iOS 5 or baseband 4.11.08 and also saying to have the iPhone 4S unlocked. @hamzah_akram: “I proud that I made the strongest reaction of unlocking bb #4.11.08, and the best progress ever done on it! ‘Another ip4 on the way’ Lv You” The hacker said that he wasn’t working for money or followers. He spent a lot of time for failed tests of unlocking that baseband and it was difficult to find some steps to perform a good result of unlocking his iPhone 4 "MC318LL" on IOS 5.0.1 while baseband 4.11.08, then he got excellent results. But as the number of followers has raised, they started calling everything a fake. The hacker didn’t understand why they were faking everything and started answering some questions. 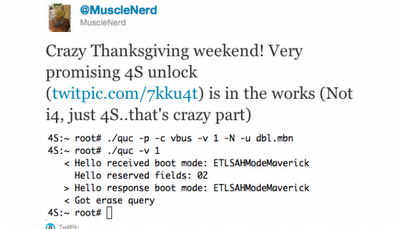 Question : at the beginning of December MuscleNerd promised the folks an iPhone 4s unlock which is now two months ago and there is no word about it!... let’s think deeply ? is that really ? Are you fucking kidding me? Where is it?!!... Now why he is not faker despite it’s longer than my promise? can you ask yourself please? the answer is you won't feel that because you don't have the locked "iPod 4s" I mean like some people have a locked iPhone 4 outside its carrier country! Answer: In fact I have the correct answer of that! With some close to Apple sources that he is just promoting for iPhone 4s, he explained to people that ''there would be an iPhone 4s unlock! Not for iPhone 4'' is that an excuse? It’s been really fast to be friends with new chip ''MDM6610''. So the iPhone 4 with bb4.11.08 drop your hopes in nearest dumps, as there is no luck with it! Then go and get the fuck of newest iPhone 4s, so Apple with its sales can live! "that is the hidden policy". NOW LET'S GO AND SEE THE CRASH FIXER "Sherif hashim" if make a simple research of someone called Sherif hashim, you will know that he never done anything about x-gold 618, he just simply fixed some crashes in the real time memory! And masked himself a hacker behind the unlock of all previous versions of baseband or sometimes "DOCTOR" are you joking? DOCTOR or HACKER ? I'm sorry!

You have no idea about how the hell is going! Common wake up! They just skipping the unlock 4.11 and starting fighting who try in order to push people to buy an iPhone 4s. One more thing you should know is that the Series of Jailbreaking is sponsored by Apple itself! You may ask how? Remember when the fix of iBooks launched of Redsnow and Corona update I think it was 9b4 Redsnow.. after 16 hours the update of iBooks released in App Store!.. Please Apple I don't have that mind to believe that was a Coincidence! Apple?? f*** you! 500$ for useless iPhone 4! So, now we can be certain that this tool is hopeless. But nevertheless, we knew that iPhone Dev-Team has stated they're still working on the unlock for baseband 02.10.04 - 04.11.08. Hope they will bring us fantastic news soon with new UltraSn0w. Source: let's unlock 4.11.08
Blog