After new iOS beta release I showed you how to jailbreak iOS 6 using Redsn0w 0.9.15 b2 and now the perfect time to unlock iOS 6. Here we will talk about such unlocking tools as SAM, Gevey, Ultrasn0w and you will find out if you can unlock new iOS using these tools or not. However this topic is not actually good for today because you must know that you need to perform untethered jailbreak for such tools as SAM or Gevey Sim. So let's take a small roundup through most popular unlocking tools and its possibilities to unlock iOS 6 beta. And I want to begin with Ultrasn0w because I'm sure you wonder what baseband your iPhone will have after update to iOS 6 beta. If I'm right you can use the link to find out more about iOS 6 baseband and what baseband you will have after update. 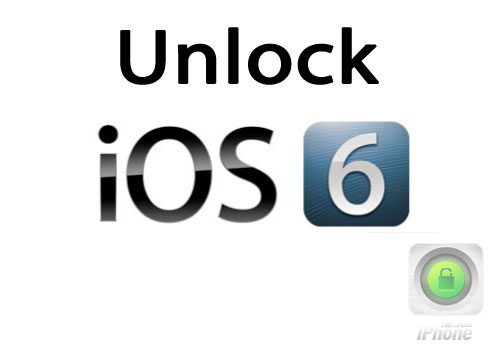 I decided to describe this method first because it is the best method for any iPhone. You can use your IMEI to unlock any iOS 6 baseband on any iPhone model (iPhone 4S, iPhone 4, iPhone 3GS and iPhone 3G). Why this unlocking solution for iOS 6 is the best? I think this is enough to choose IMEI unlocking method. So if you are interested than go and order unlock from OfficialiPhoneUnlock Company for iOS 6 and any other iPhone Model. Also use this detailed guide to factory unlock iPhone on iOS 6 or on any other iOS.

Ultrasn0w was developed by iPhone Dev Team to unlock iPhone 3GS (old bootrom) and iPhone 4. The latest version of Ultrasn0w is 1.2.7  for today. But not all basebands are supported by this tool so you better first take a look at them. iPhone 3GS iPhone 4  Only these iPhone basebands are unlockable with 1.2.7 version. You must remember that you can't unlock new iOS with Ultrasn0w because your baseband will be updated too. As you see this method is not suitable for us.

As talking about Gevey Sim I can say that ApplenBerry said nothing after iOS 6 release. Also you must remember that first you need to jailbreak your iOS untethered and only after that you can use Gevey sim to unlock iOS 6 beta. You know that there is no untethered jailbreak for it and there is no a word from ApplenBerry so don't rely on it.

And the most interesting unlocking tool is SAM. Many people are using it. But it can't be used to unlock iOS 6 beta even if you saved your Activation tickets. Why? The answer is simpler as you might think. You have to know that after any iOS update to use SAM unlock again you must restore Activation tickets manually or using Redsn0w. But this action requires untethered jailbreak. So you better stay away from iOS update. Well now you can see that there is no unlock for iOS 6 beta and I don't think that we will see it it in the near future. If you are that one who updated device to new iOS you can use a guide on how to downgrade iOS 6 using iTunes. Do it quickly and stay on iOS 5.1.1 or lower until we get untethered jailbreak or something like SAM unlock tool. But I don't think that it will be soon and we will be able to unlock iOS 6 beta only after untethered jailbreak. Update: Unlock 04.2.02 baseband using IMEI unlock Code Guide.
Blog