An unknown hacker @hamzah_akram about which we haven’t heard until today seems to be working on an unlock for baseband 04.11.08 for iPhone 4 running the latest iOS 5.0.1. This baseband software iPhone unlock doesn't looks fake to many of us, because Hamzah doesn't require any donations as well as the iPhone 4 unlock package will be available in the form of DEB package on Cydia. Here is what Hamzah has commented on React0r release. Update: use our guide on how to unlock iPhone 4 baseband 04.11.08 on iOS 5.0.1 using Reactor.

First of all I'm (Hamzah_Akram) not working for money or donations or followers, if you thinking that don't waste your time and continue reading this post. Second, I have spent too much time for failed trials of unlocking that 04.11.08 baseband. How is hard to figure some steps to perform an achievement of unlocking my iPhone 4 "MC318LL" on iOS 5.0.1 while baseband 4.11.08. Then i got fantastic results. At the beginning of my work i found some people believing me. Then just raised my work and taking that Seriously. And I've done some researches about iPhone 4 baseband characteristics (X-gold 618) which is operated by threadX. 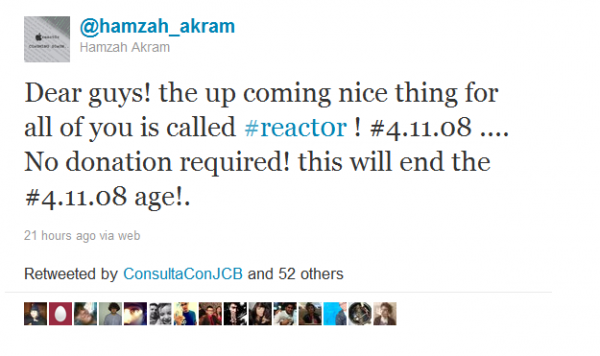 In a situation when many big developers aren’t working on Baseband 4.11.08 unlock, this is surely a sign of hope for all the iPhone 4 owners who rely on unlock. He also posted below screenshot on Twitter so we can see  his progress. This one shows an exploit he found during his research. Hamzah has been working on this unlock  for iPhone 4 baseband 04.11.08 since October-November 2011. And about two months later now, he seems to have some progress.

According to him, it will work like Gevey SIM Interposer but his exploit will be distributed through Cydia package for free. It’ll work only on iPhone 4, therefore, if you won iPhone 4S then it wouldn’t work. 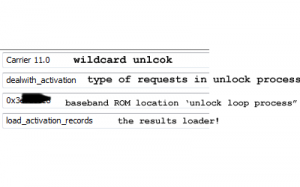 He also claims that he has unlocked his iPhone 4 on iOS 5 because of a bug but that bug has been fixed by Apple Silently in iOS 5.0.1. Therefore, he’s working on iOS 5.0.1 positively. Although we can’t say for sure yet that he’s near to unlock iPhone baseband 4.11.08 or his exploit will work until and unless we see some solid proof but we should be hopeful. We do really appreciate all the hard work from all hacker all over the world and programmers on every device or program that's out there.
Blog