As the euphoria about Siri voice assistant slowly goes down, some new faces (pardon me, voices) as Ask Ziggy appear on the “talking phone” arena. We already know about Sara, Evi and others Siri’s clones for Apple’s devices that can be obtained from Cydia Store. Now it’s time to take a look on those voice assistants on other platforms. 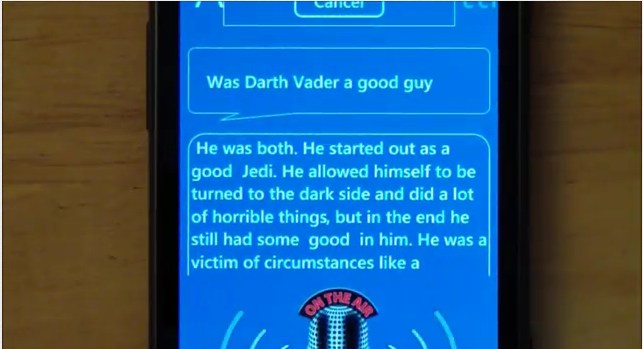 Ask Ziggy is a Microsoft Windows 7 answer to Apple’s Siri. It can be downloaded from Marketplace completely for free and is ad free. It’s pretty impressive and smart. For instance, if you Ask Ziggy “What is the square root of 100?” its answer will be something like The square root is a number that when multiplied by itself equals a given number. For example, the square root of 25 is 5, because 5 times 5 equals 25“. The precision of the answer is just awesome but the voice (male and female are available) sound kinda robotic. Also, if you hit your question, Ziggy will take you to the web where more results will be displayed. You can also ask common question like “What’s the weather in New York City” and the app will process your question and take you to the web results. The search engine used for those operations is Bing. Not a big surprise, right? You can also call and text people but what’s more important, you can tweet and update your Facebook status through the app. Siri can’t do that for you, however this year’s WWDC can change the situation when iOS 6 will show up. Windows Phone 8 mobile platform sounds like something very promising these days and if the main features of this OS will look this awesome, it would be simply great and Microsoft could really fight Apple in smartphones market of 2012/2013. Remember that Ask Ziggy even knows everything about Darth Vader after all!
Blog